The Best of Shanghai 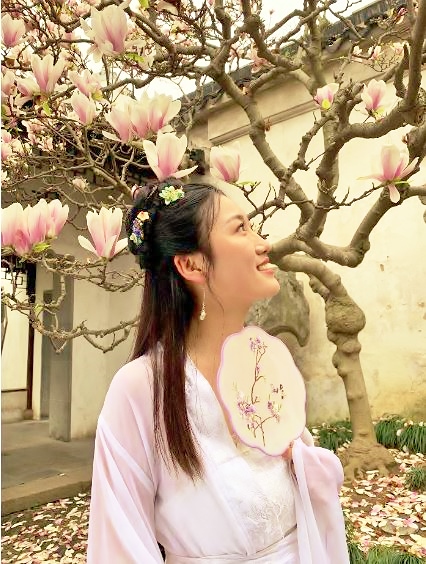 Shanghai is called the Paris of the East and is one of China’s most beautiful cities.  Home to 18 million residents, this city on the sea used to be a small fishing village and today is the largest economic center in China. 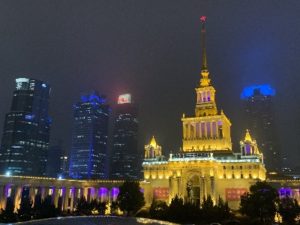 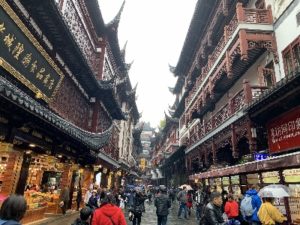 Known for its culture, arts, fashion and architecture, Shanghai continues to add to its Pudong skyline with more modern skyscrapers as it moves into the 21st century.  Even though the city is changing at a rapid pace, it is retaining its heritage and traditions while maintaining historic sites. 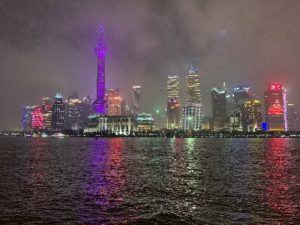 The concierge at our hotel shared the following top things to do while in Shanghai.  Here’s our growing list of top attractions and sites to see:

Yuyuan Garden:  Visit the Old Shanghai district and walk inside the charming Yuyuan Garden, a classic example of a Chinese garden including pavilions, ponds, rockeries, bridges, and as you exit you’ll arrive to a bustling bazaar with dozens of shops where you can buy souvenirs.  Be sure to stop at a local restaurant for lunch to try local specialties like dim sum or xiaolongbao (soup dumplings). 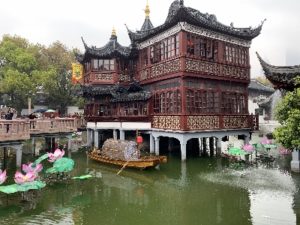 Pudong:  From The Bund, take the tram through the bizarre “Sightseeing Tunnel” (only a 5 mins ride) to the Luijiaziao Financial district of Pudong, where you can visit the Oriental Pearl Tower, Shanghai World Financial Center, Jin Mao Tower and the 2nd tallest building in the world – the Shanghai Tower.  Take the metro back to The Bund (only 1 stop away).

Tip!  If you want to see the twinkling lights come on at night, start your walk along The Bund about an hour before sunset, then take the 5 mins sightseeing tunnel tram to Pudong and visit the top of the iconic Pearl Tower or Shanghai Tower to see the lights from high above as night sets in. 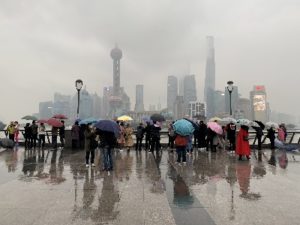 The Bund:  One of our favorite things to do was take a walk on The Bund, the most popular promenade in Shanghai.  The Bund is lined with historic buildings representing a range of architecture styles from Gothic, Renaissance and Romanesque.

Confucius Temple with tea ceremony:  The Confucian Temple was built in the 13th century to honor Confucius, the founder of Confucianism.  It is located on Wenmiao Road in the Huangpu District.  It is famous for its ‘Treasure House of Stone Carving Art’ and there are 28 buildings built with many large stone carvings, including temples, pagodas and courtyards.

Shanghai Museum:  The Shanghai Museum showcases a large collection of ancient art — one million pieces, the bronzes, ceramics and Chinese paintings and calligraphy.

DayTrip to Suzhou:  We took a daytrip to Suzhou with Jenny’s Shanghai Tours.  We were greeted on time at our hotel and our guide, Apple along with our driver took us to Suzhou in a premium car. 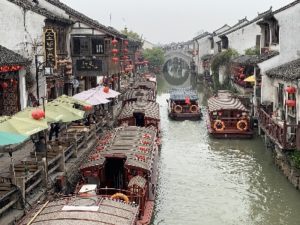 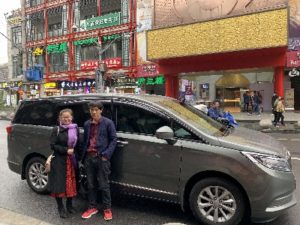 We visited beautiful gardens and learned about the Chinese history and culture in historic Suzhou, a famous summer retreat of Chinese emperors.  Some of the sites included the Master of Net Garden, 14th century Lion Grove Garden, the Panmen Gate, a silk factory, and other historic buildings.  We continued our tour to the water canal-streets and saw old historic buildings along the waterway. 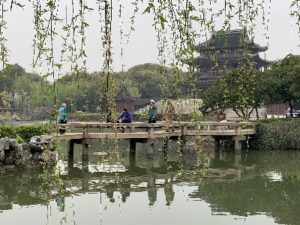 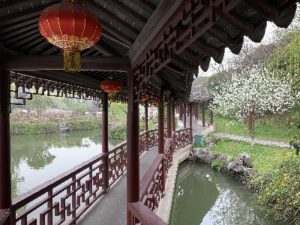 I took my parents on this tour and one of their favorite highlights was dressing up like the empress and emperor of the Tang Dynasty.  If you’re in Shanghai for a layover, touring with family, or traveling solo and want to see the city or the nearby watertowns like Suzhou, contact Jenny’s Shanghai Tours. 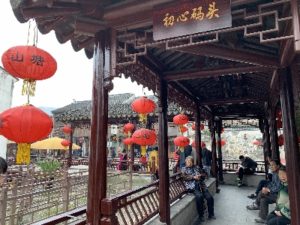 We highly recommend this tour company since they provide excellent service, competitive prices and fantastic guides.

This trip, we stayed at The Portman Ritz-Carlton located on West Nanjing Road in the renowned Puxi neighborhood.  This luxury hotel is in the heart of the high-end shopping district.  It’s also in the heart of historic Shanghai where you can walk in the old neighborhoods and pick up an egg pancake from a street stand along with a latte from Starbucks.  Or walk to Jing’an Temple or Park. 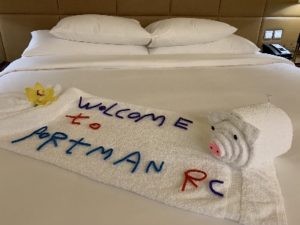 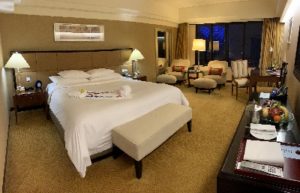 When we arrived, we were impressed by the high level of service and hospitality.  Our accommodations were on the Club Level where we enjoyed additional perks like a complimentary chauffeur (within 3 km of the hotel), and offers two pressed clothing items per day complimentary as well.  Club Level Guests can enjoy breakfast, afternoon tea, wine and snacks on the 43rd floor at The Club. 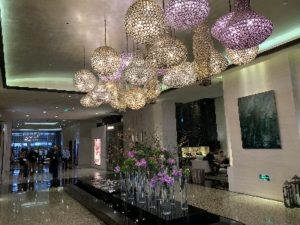 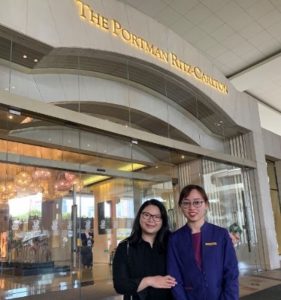 Our room was spacious and comfortable and we had incredible views of the city.

The hotel is near Metro Line 2 and only a few metro stops to Nanking East or Pudong where you can see the famous skyline of Pudong up close.  Be sure to take a stroll along The Bund, the popular promenade in Shanghai.

Global Adventuress thanks Jenny’s Shanghai Tours for hosting our tour of Suzhou. 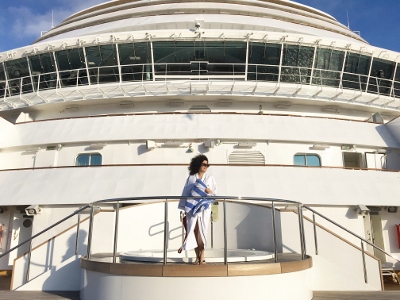 Forbes Feature! Top 20 Best Cruises to Take in 2019
Interested in planning your own customized adventure? Global Adventuress can help! Email us today!