Sailing into the Seattle Sunset 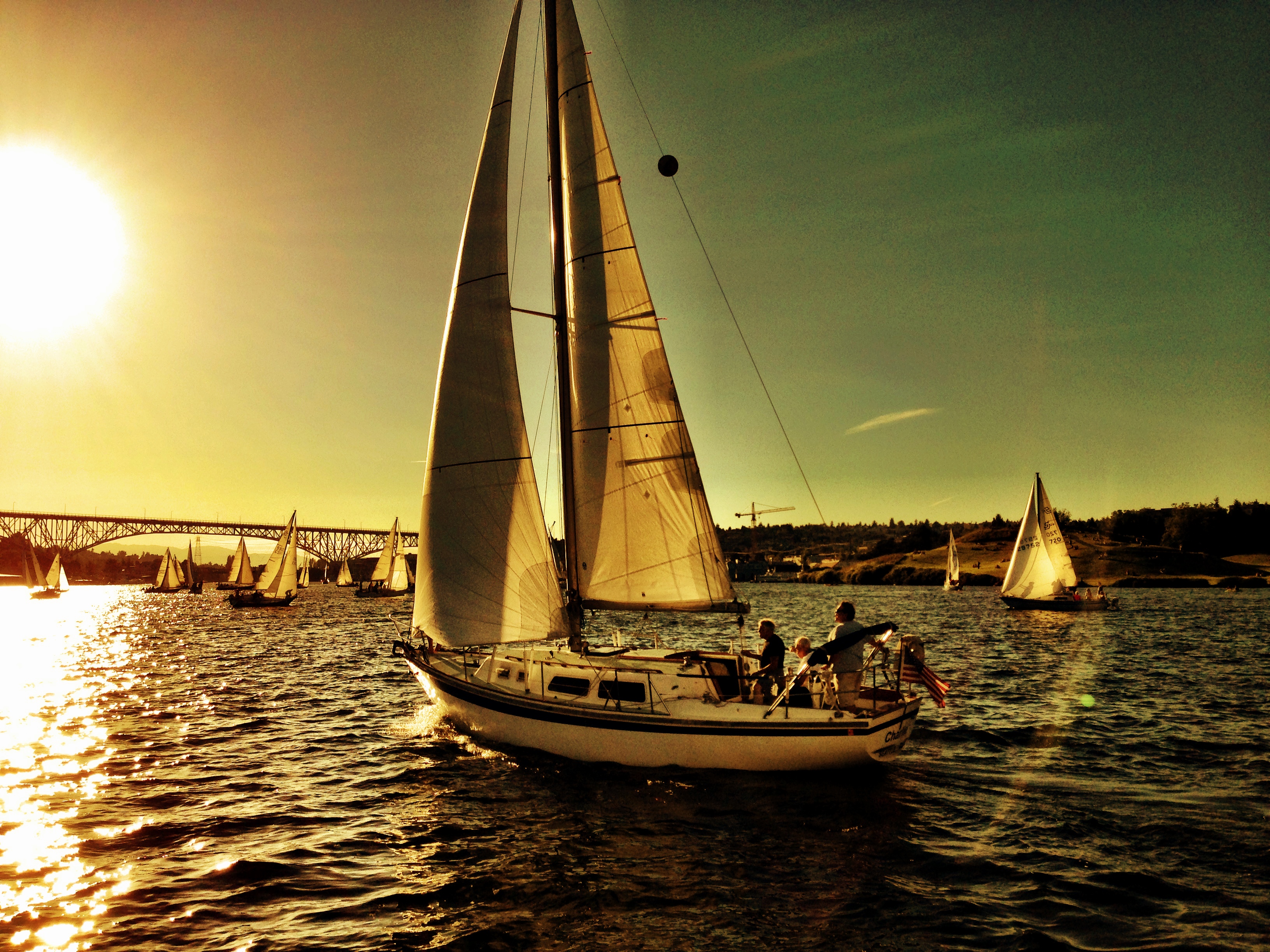 If you find yourself in Seattle during the Summer, be sure to sail in the Lake Union “Duck Dodge”, a Seattle tradition for 39 years.  Listed in FODOR’s as one of the “TOP 100 Things to do in Northern America”.

For more information, visit the Duck Dodge Site:  http://www.duckdodge.org/  From their site, Douglas Emmerton shares how it all started…. 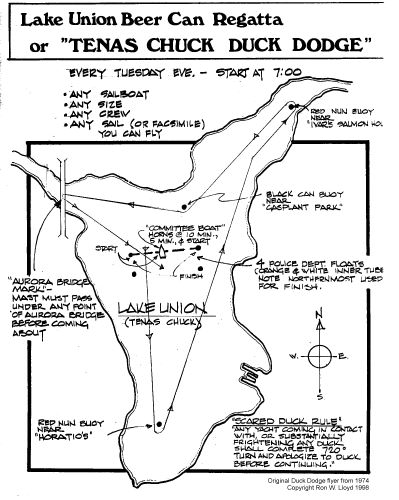 Sail by the committee boat before the start. Tell them your boat name and sail number.  Be sure they acknowledge you. That’s it!

There are no customs unless you go really way off course.

Global Adventuress thanks Captain Jeff Lehman for taking us out on his boat.  Her name is “Verity”. 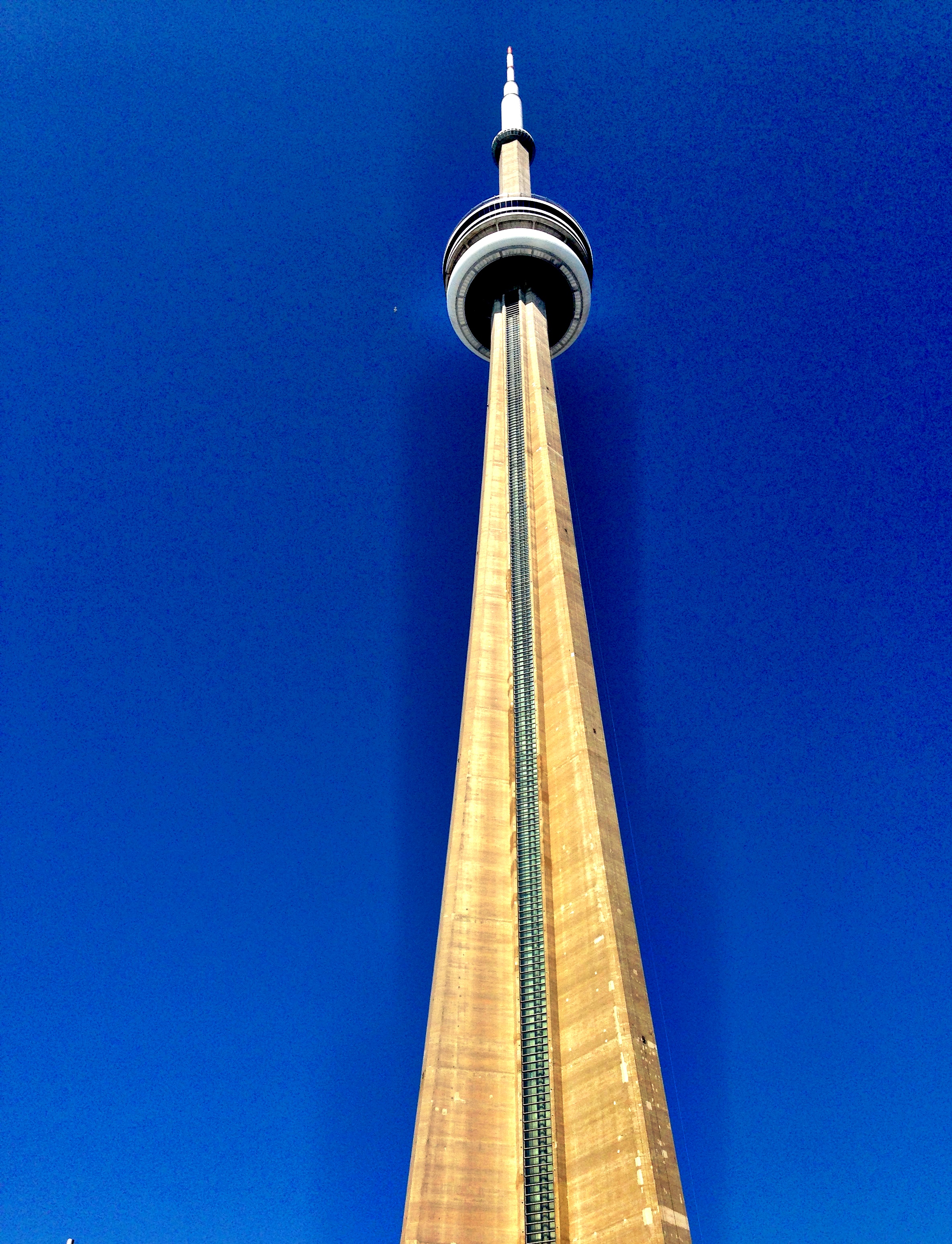 Pronto! To Toronto
Interested in planning your own customized adventure? Global Adventuress can help! Email us today!