Rotorua, where the Earth Bubbles, Hisses and Roars! 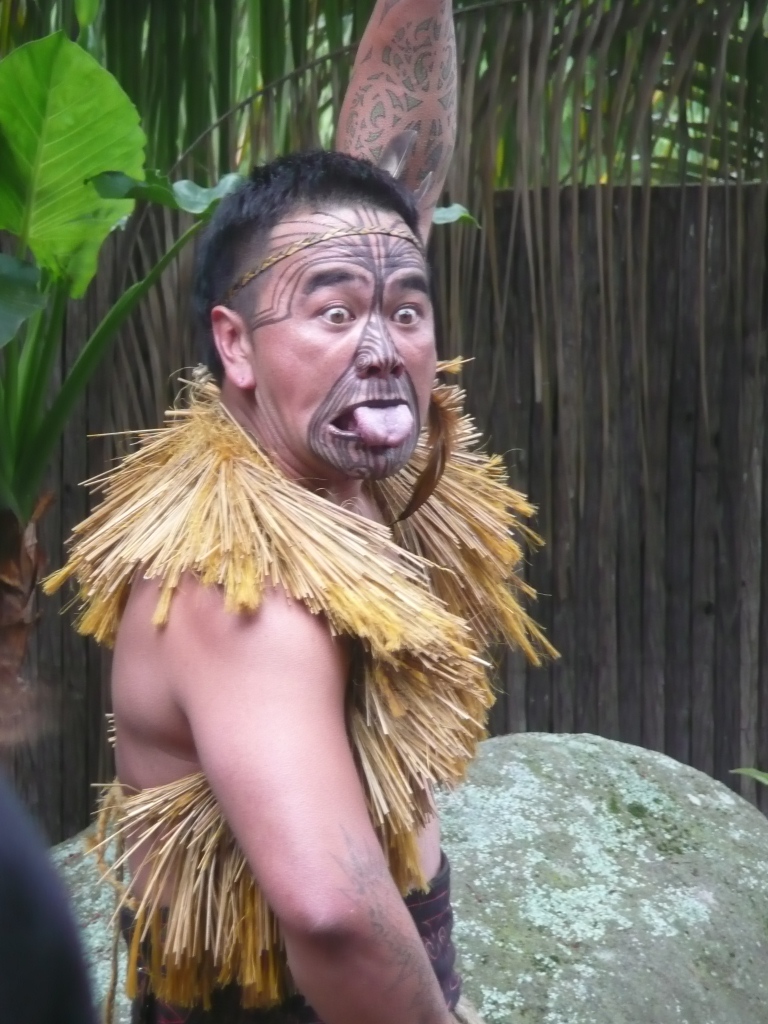 Further up the northeastern coast of New Zealand’s North Island, we arrived to the Bay of Plenty, the northwestern city of Tauranga.  Not far away is the Rotorua wilderness area, a resort that’s built atop an active volcanic area and nearly everything is steaming or gurgling.

The locals say that Rotorua is the Maori heartbeat.  According to the Holland America guide, “The Arawa people settled in Rotorua soon after they landed in the Bay of Plenty in the 8th century.  Believing the bubbing ground Divinely inspired, they used the pools for cooking and bathing.  The Bay of Plenty earned its name in 1769 because of the numbers of thriving settlements of friendly Maori that Captain Cook encountered, as well as the amount of supplies they gave him.”

Before heading to Rotorua, we left the ship early to stretch our sea legs and hiked up Mount Maunganui nearby, and then did an extra walk around its base to trim down from the delicious meals on the cruise ship.  After a good couple hours of cardio, we decided to discover the Rotorua area and headed straight to Hell’s Gate since this is one destination that is listed in the book “1,000 Places to Go Before you Die”.

Hell’s Gate sounded like the last place you want to go on the list or you might not make it to the other 999 places!?  But we heard about it’s natural beauty and how you won’t see the earth so alive until you visit this area of the world…where mud pools bubble and you can hear the earth hiss and roar even!

Hell’s Gate is one of many geothermal parks surrounding the area, including

Whakarewarewa, a living Thermal Village where the Maori people have homes on top of the steaming ground, www.whakarewarewa.com , and you can interact with the people and try some of the Hangi meals.

There’s also Te Puia, New Zealand’s version of Hawaii’s Polynesian Cultural Center, where you can attend dancing and singing performances, and learn more about the Maori culture through the stories they sing, and get up close to the famous Pohutu geyser, www.tepuia.com .

At Te Puia, there are also weaving and carving schools where you can watch the Maori people create handicrafts.

NOTE!  While visiting any of the geothermal parks and when in this area, be sure to watch for warning signs and stay on the marked paths, due to the extreme nature of the geothermal environment which can be unpredictable.  We heard about devastating true stories where children fell into the thermal springs and were severely burned and died.

Our driver, Terry Kelliher #64 7 542 0267, terrycarolynkelliher@hotmail.com, is very knowledgeable guide and genuine “good Kiwi bloke” with over 10 years local touring experience, and he customized our time together and let us spend a couple hours at the Polynesian Spa located on Rotorua’s lakeside, Hinemoa Street where we could dip into some of the “safer” thermal hot springs which contained minerals that are known to have healing powers.  www.polynesianspa.co.nz

We spent an hour soaking in pools of varying degrees that are monitored by the hour, and felt relaxed and invigorated on the drive back to MS Volendam.  We’ll have to return to experience the Zorb ball ride and the luge runs at some of the activity resorts nearby.

Between Tauranga and Rotorua, you will find fruit and vegetable stands,

and a nice resting stop is kiwi 360, where you can see kiwi fruit growing on the vine, and taste the variety of kiwi fruit.  www.kiwi360.com . 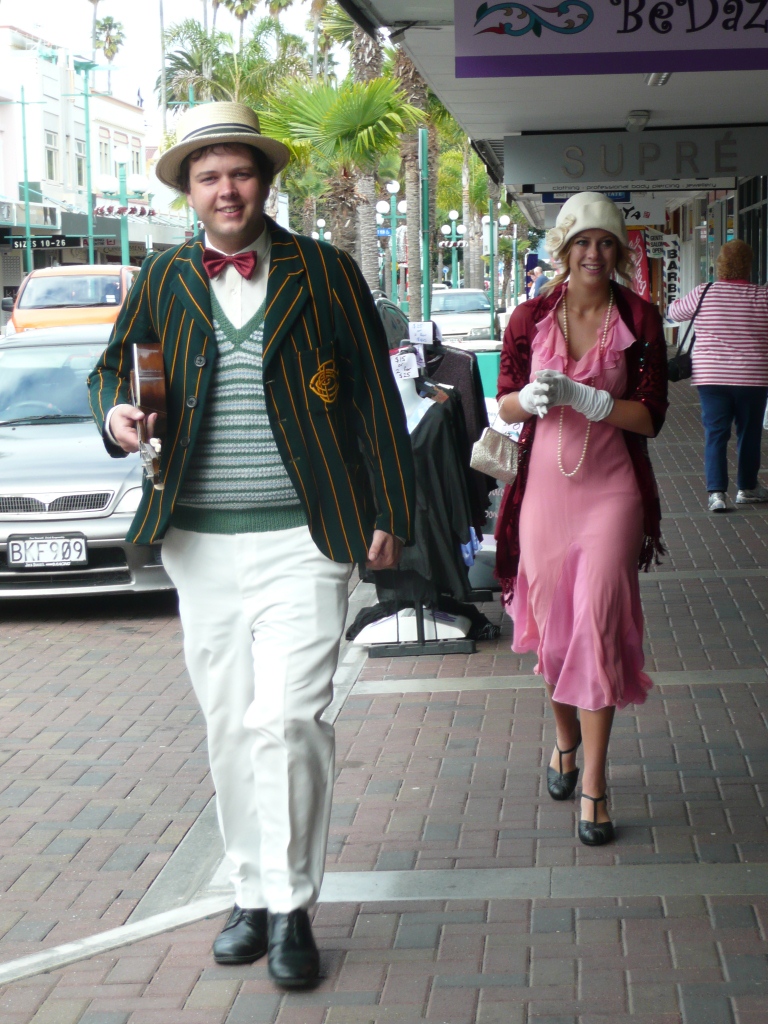 Great Gatsby in Napier
Interested in planning your own customized adventure? Global Adventuress can help! Email us today!