The Best of Singapore 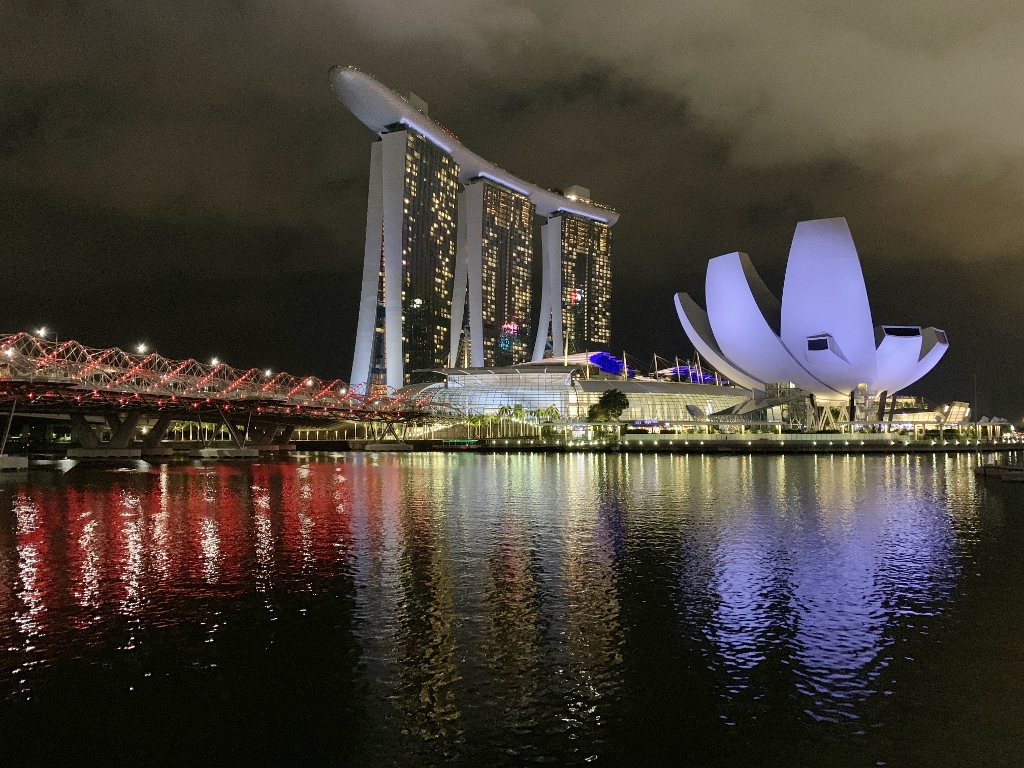 What used to be a small Malay fishing village called Temasek in the 11th century, has risen to become one of the most dynamic cities in Southeast Asia.  Today, Singapore is a city, a nation and an island – all in one!

Known as the Lion City, its rich heritage comes from a diverse population of Chinese, Indian, Malay and Eurasian people.  In one day, you can visit a Chinese temple, a mosque, eat an Indian roti or Malay satay, buy a colorful sari or kebaya, walk in a cloud forest and see modern architecture across the skyline.

There is a myriad of temples, shrines, skyscrapers to visit, art to see and scrumptious street food to taste.  Sharing our favorite places to go, stay, dine & spa in Singapore.

Six Senses Maxwell is located in Tanjong Pagar, the old Chinatown neighborhood, only about a 30 mins drive to Changi Airport.  Upon arrival, guests are greeted with a singing bowl ritual that brings good harmony through sound vibrations.  Every detail about our stay at Six Senses Maxwell was tuned into bringing us a holistic sense of wellness with amenities like a reflexology ball, a chime, a book on breathing techniques, herbal ointment Tiger Balm and Chinese po chai pills for indigestion.  You can even schedule a free consultation with a traditional Chinese medicine (TCM) doctor at Six Senses Duxton, where the doctor checks your pulse, blood pressure, temperature and analyzes your tongue. My diagnosis? Fatigue, not getting enough sleep.

French designer Jacques Garcia did magnificent work restoring this block of shop houses into 138 guestrooms and suites maintaining elements of the neighborhood’s heritage.

Don’t Miss!  The outdoor pool, herbal garden and Alchemy Bar at the Spa.  There’s even an alchemy workshop where you can custom make an Epsom salt foot soak to relieve your tired feet with mint, kaffir lime.

Its sister hotel, Six Senses Duxton, is only a 5 mins walk away.  With 49-rooms, this boutique hotel was created within eight 3-story, early 19th century shop houses and redesigned by interior designer Anouska Hempel.

Note: Both hotels are operated by the Bangkok-based Six Senses Hotels Resorts Spas, which now has two hotels, 15 resorts and 31 spas in 21 countries.

Anthony contacted me in advance and he customized my tour according to my interests. Highly recommend him! We started our walk from the Six Senses Maxwell Hotel in the Tanjong Padar where you find rows of 19th century shop houses near Duxton Road, where drivers would park rickshaws at the Jinrikisha Station near Jinrickshaw Place.

Anthony shared some of Singapore’s history on Telok Ayer Street, where Chinese immigrants arrived by boats.  We stepped inside the 180 yrs old temple, Thian Hock Keng (Singapore’s oldest Chinese temple) and took notice of the heritage buildings in the area, contrasted against the skyscrapers in the backdrop.

Continue to see minarets near the Nagore Dargah Indian Muslim Heritage Center and walk past Sri Mariamman, the oldest Hindu temple in Singapore, then into Chinatown.

You’ll start to see the blend of cultures as you walk further past Amoy Street.  The Chinese Opera Festival had just finished, and we saw some of the décor that was being removed from the city streets.

Before leaving Chinatown, visit the pan-Asian food courts, ‘hawker centers’ at the Chinatown Complex where you’ll find the highest number of food stalls among all the hawker centers in Singapore.  Anthony took me to the 2nd floor where we saw rows of food stalls selling mostly Chinese flavors. There are dishes under $5 like Sinapore Hainanese chicken rice, stir-fried Hokkien noodles, popiah (freshly-rolled vegetable spring rolls).  You can opt to stand in line at the cheapest Michelin star eatery too.

Pay respects at the Buddha Tooth Relic Temple and notice the impressive exhibits of Buddhism art.

Don’t Miss!  In the Tiong Bahru area, you’ll see some of  Yip Yew Chong murals of Old Singapore.  If you have time, take a walk in Pearl’s Hill City Park.

If you want a panoramic view, you can see the city for a small fee from one of the top floors at The Pinnacle@Duxton

Our next stop was Little India.  After a quick ride in a Grab car, we found ourselves in the midst of stacks of spices, shops selling glittering gold jewelry, vendors selling roti prata and Indian snacks & sweets.  It was the end of the Diwali Festival and there were strings of orange garlands, street decorations and giant peacock statues.  We walked past Sri Veeramakaliamman on Serangoon Road and noticed the Hindu god Ganesh everywhere.

Within 10 minutes, we arrived at the Kampong Glam area on colorful Haji Lane and Arab St. passing rug shops, locally-made designer clothes, cafes and more murals, till we arrived to the gold-domed mosque, Masjid Sultan.  The Muslim neighborhood has Turkish and Lebanese restaurants, cafes along its palm-lined street.

We jumped in a Grab car and headed to Gardens by the Bay, a 250-acre park that is home to more than 250,000 rare plants housed in giant domed conservatories with several different regions to discover.  First we visited the Cloud Forest Dome, a 7-story mountain that houses plants from cooler climates in mountainous and tropical regions of the world.   Afterwards, we visited the Flower Dome where you find flowers and plants from around the world, even a 1,000 yr old olive tree.

Continue to the Supertree Grove with 18 vertical gardens that rise up to 16 stories connected by a suspended walkway.

Marina Bay Sands:  If you are not a hotel guest, access the Observation Deck situated 650 ft above ground, offering views over the city.

If you are a hotel guest, you can enjoy taking a dip in this pool that overlooks Singapore.

MORE THINGS TO DO….

Best Sunset Views – from LeVel 33 (world’s highest microbrewery rooftop bar) watch the sunset over Marina Bay and get spectacular views of Marina Bay Sands and futuristic skyscrapers, then go back down to the waterfront to see the city from different angles.  Check the schedules for the Spectra Light Show (8:00 and 9:00 pm) along the bayfront.

How to Get Around

Acknowledgements:  Global Adventuress thanks Six Senses and guide Anthony Ang for hosting us during our stay. 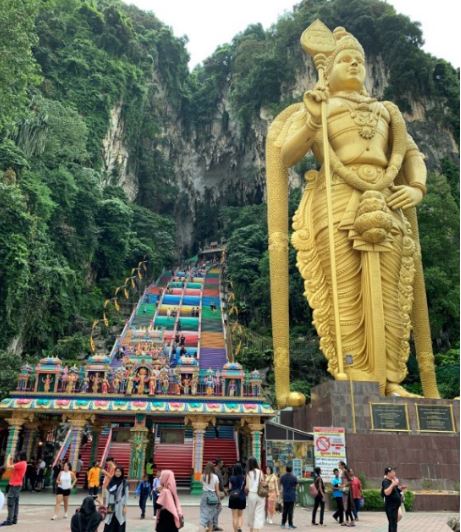 24 Hours in Kuala Lumpur, Malaysia
Interested in planning your own customized adventure? Global Adventuress can help! Email us today!