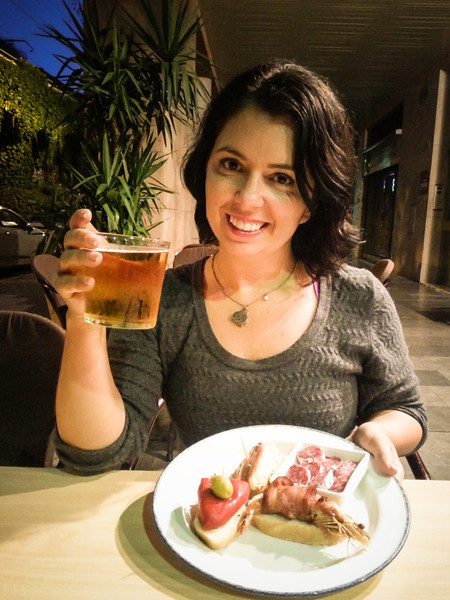 What is a Global Adventuress?

(Glob·al Ad·ven·tur·ess noun:ˈglōbəl/ adˈvenCHəris/)
Someone who explores the world near and far, whether hiking to a mountain top, trying a new recipe, or connecting with a local culture & people. A Global Adventuress explores, shares and connects with people wherever they are. Ayngelina Brogan is the author of the popular travel blog Bacon is Magic. Where she shares her passion for travel as well as the delicious dishes along the way.

About five years ago, Ayngelina felt like her life was missing something. She was living a life but it wasn’t making her happy. So she decided to head out to find a life that would. She left her boyfriend, quit her job, sold everything and bought a one-way ticket to Mexico.

She only had $20,000 so she figured she could make it for about 1-2 years traveling. Little did she think she would find a whole new life, and career as she traveled. She picked up a job working for About.com as a South American guide and does freelance marketing as well. She followed her stomach around the world as she sampled the cuisine and culture in each country. Her travels also brought her to the love of her life. Wanting to meet the chef of a restaraunt, Ayngelina was introduced to Dave who knew instantly that she was the one.

These two now have settled in Toronto as a home bases but continue to share their passion for great food and travels along the way.

We love Ayngelina’s passion for food that drives her travel. She is real and inspiring in her writing! Here is our interview with this month’s Global Adventuress!

1. How did you come up with the title Bacon is Magic for your blog?

When I started the site in 2010 blogging was only a hobby, no one was doing it professionally and so I didn’t take naming the site very seriously. It was more of an inside joke with friends as I love to cook but I would always put just a little bit of pork in everything because it made things so much better – it was like magic. I remember in early days some people said it was a mistake not to mention travel or nomad in my name because people wouldn’t know what the site was about but later people thought it was brilliant. It just goes to show you that naming a site isn’t as crucial as you think.

2. What inspires you to travel to different destinations?

I love to learn. Traveling opens up so many doors to history, culture and politics. I focused on food because I love it but also it’s an easy way to talk to interact and engage with people. There is so much to food, how it’s made, why it’s so beloved, when it came about. Some of the world’s best food is peasant food and has amazing stories to it.

3. What is a must travel item for you?

A journal as I’m always writing. I wrote a post about my packing list for South America that was a year into traveling and evaluated everything I brought. Like everyone I brought far too much, wished I had a smaller backpack and that I bought less before going and just figured it out on the road.
So many people bring clothing for every possible occasion but the reality is that you don’t need to carry a heavy sweater and coat for 6 months before you hit Patagonia, instead just buy one when you get to Patagonia. It’s cheaper and much easier to travel the six months beforehand when you’re on the beach. 4. Who would you love to travel with?/Who is your top travel companion?

No contest, my partner Dave who is a chef. When I first left to travel I ended a five year relationship and a year in I wrote about how hard that was. The Year I Walked Away from Love was my most popular post but then 3 years later I was writing about where to eat in Charlottetown and met a chef of an amazing restaurant. Three years later Dave and I own a restaurant in Toronto called Loka. Without traveling I would have never become the person I am now, I wouldn’t have been ready for a relationship today. Travel really reset my life. 5. What do you consider your greatest adventures thus far

It’s far too difficult to pick one travel experience over another. In Canada I snorkeled with beluga whales in the Arctic which was incredible. I lived on the Galapagos Islands for six weeks. But I still think my greatest adventure is yet to come.

6. You have a private jet available for 24 hours, where do you go?

7. What adventure took you out of your comfort zone?

The experience of traveling through Latin America solo, not knowing the language and having no concrete plans. When you don’t have any expectations, or anyone who knows you well enough that you act “like yourself” it really challenges you to rethink what you’re all about.

8. Where and what will you be exploring this next year?

Dave and I are closing our restaurant in January and heading to France! But I’m still not much of a planner so the rest is up in the air! Thanks to Ayngelina Brogan for taking the time to share her highlights of being a Global Adventuress. Read more about her travels and recipes from around the world here.

We want to highlight the stories of Global Adventuresses from all over the world. Subscribe to our newsletter to learn how to nominate yourself or someone you know. Or you can email us directly at info@globaladventuress.com to submit your nominations! 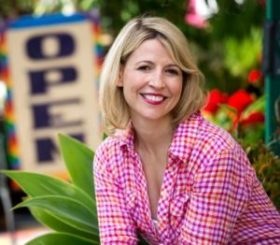 Who’s Who in Travel? Samantha Brown!

Who’s Who in Travel? Samantha Brown!
Interested in planning your own customized adventure? Global Adventuress can help! Email us today!