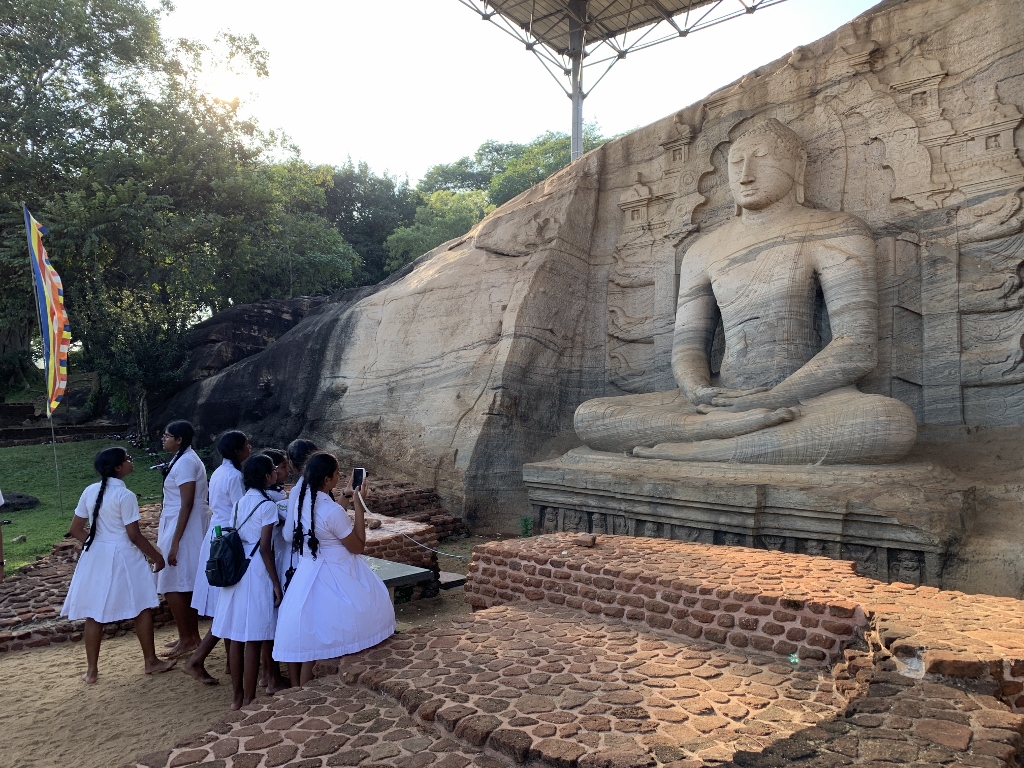 We just returned from a fascinating trip to Sri Lanka where we visited Colombo, Sigiriya, Cape Weligama and Galle. Sharing our itinerary and some highlights on where to go, stay, dine.

Interested in going on this trip? Email: info@globaladventuress.com for details.

No wonder Marco  Polo  declared the  atoll  “the  finest  island of its  size  in the world;  `Taprobane’ to the ancient Romans, `Serendib’ to Arab traders,`Ceilao’ as  christened  by the Portuguese, `Ceylan’  by the Dutch followed by `Ceylon’ by the British and finally Sri Lanka to the Sinhalese.

The teardrop shaped southernmost point of mainland Asia became an indispensable port of call to the earliest travelers awaiting favorable trade winds for onward journeys. This Great Emporium became a principal center of exchange and commerce between the Mediterranean trade of the Roman Empire and the wealth of imperial China. The Portuguese came with sword and cross, the Dutch with ledger and law book and the British with roads and railways.

When Buddhism declined in the country of its birth, India, it took root in Ceylon; and here, so its adherents claim, it is still to be found in its purest form. From Ceylon to Paradise, according to native tradition is forty miles; the sound of the fountains of Paradise is heard there, wrote the Papal Legate Marignolli five hundred years ago describing his visit to Sri Lanka on his way back to Rome from China.

Special handling meets at the aerobridge, arranges immigration clearance and escorts you to a lounge where refreshments are served while luggage gets picked up and passed through customs. Then pass through a special exit, meet with your guide & companion for your Sri Lanka stay and transfer downtown to the all-suite Uga Residence.

Built in the nineteenth century, the halls and ballrooms of this grand Victorian townhouse once welcomed British governors, Indian maharajas, European nobility and the cream of colonial Ceylon society.

This afternoon, we explore the city and some of its highlights. Colombo is fascinating, with a cosy mixture of past and present and is the commercial centre of the country.

The original trading settlers – the Portuguese, Dutch and British have all left in their wake churches and monuments, names and religions, costumes and food and smatterings of their languages, which have been absorbed into the speech of Sri Lankans.

Today we fly to Sigiriya, in the heart of what is referred to as the Cultural Zone featuring Sri Lanka’s ancient kingdoms. Our luggage will be transferred to Sigiriya by road.

We land at the Sigiriya airbase around at 10:30am and proceed directly to World Heritage Sigiriya, built in the 5th century as a bastion and palace of king Kasyapa. The most impressive facets of this unique complex are geometrically laid water gardens, frescoes of beautiful maidens, and the mirror wall with ancient graffiti.

The whole face of the hill appears to have been a gigantic picture gallery…..the largest picture in the world perhaps….wrote John Still. The lion platform and summit of 1.6 hectares, was surrounded by buildings during the period of Sigiriya’s glory. It’s around 1200 steps to the summit which reveals a spectacular panorama of the surrounding jungle and Sigiriya village. The site can also be enjoyed from ground level which is well laid out with nice gardens.

Leaving Sigiriya, we drive a little over an hour to World Heritage Polonnaruwa, the medieval city which rose to fame as a capital between the 10th and 12th century. A packed lunch will be provided.

Depart Polonnaruwa and transfer around 1 hour 15 minutes to the Jetwing Vil Uyana, an eco-luxury hotel situated in the shadow of the giant rock fortress of Sigiriya, among reed beds, paddy fields and over a man-made lake.

Post an early breakfast, we take a half hour drive to World Heritage Dambulla, known for its splendid painted cave temples. Dambulla is a vast isolated rock mass and it was here that king Valagam Bahu took refuge from invasions in the 1st century B.C., later turning the caves into a rock temple.  Some of its frescoes are over 2000 years old.

Another highlight is a colossal figure of the recumbent Buddha carved out of the living rock, some 15 meters long.  Dambulla’s caves have a mixture of religious and secular paintings and sculptures with ceiling frescoes depicting scenes from Buddha’s life and Sinhalese history.

Continue our journey to Cape Weligama, on the Islands south coast, driving around 6 hours.

Perched on a hilltop, the resort offers 270 degree panoramic views of the Indian Ocean from every corner.  Individual villas, restaurants and bars resemble a typical Sri Lankan village with terra-cotta tile roofs.

Soon after breakfast, check-out and drive to see the stilted fishermen along the coast.

Continue onto the charming town of Galle, the ancient trading post, said to be the famous Tarshish of the Bible. Historically, this award winning World Heritage fortified township was an essential port of call for Chinese, Persian, Arab and Indian traders. Javanese and Sumatrans came later followed by Marco Polo in 1299 AD. The Portuguese arrived in the 1500’s and built a settlement with a fort of palm trees and mud. This was captured by the Dutch (and finally the British) who added great ramparts and bastions to protect their presence. Narrow streets are lined with old houses displaying Dutch heritage and pillared verandahs. Government offices remain in use and the community is a bustle with daily life – a living breathing town, hidden within fortified walls of this ancient, maritime citadel.

Laughter, chatter, gossip and smiles abound within the rampart walls. We explore the fort, overflowing with landmarks, strolling past the Dutch church, the governor’s house, the spice warehouses, court square, the Kacheri or Town Hall, the lighthouse and ramparts. Near the old Arab mosque are streets leading to cricket fields and the district Judge’s house, surrounded by ancient frangipani trees. There’s a variety of exclusive boutique stores to explore.

Transfer to the international airport in Colombo, a 3 hours drive via the expressway across a pleasant tropical countryside. 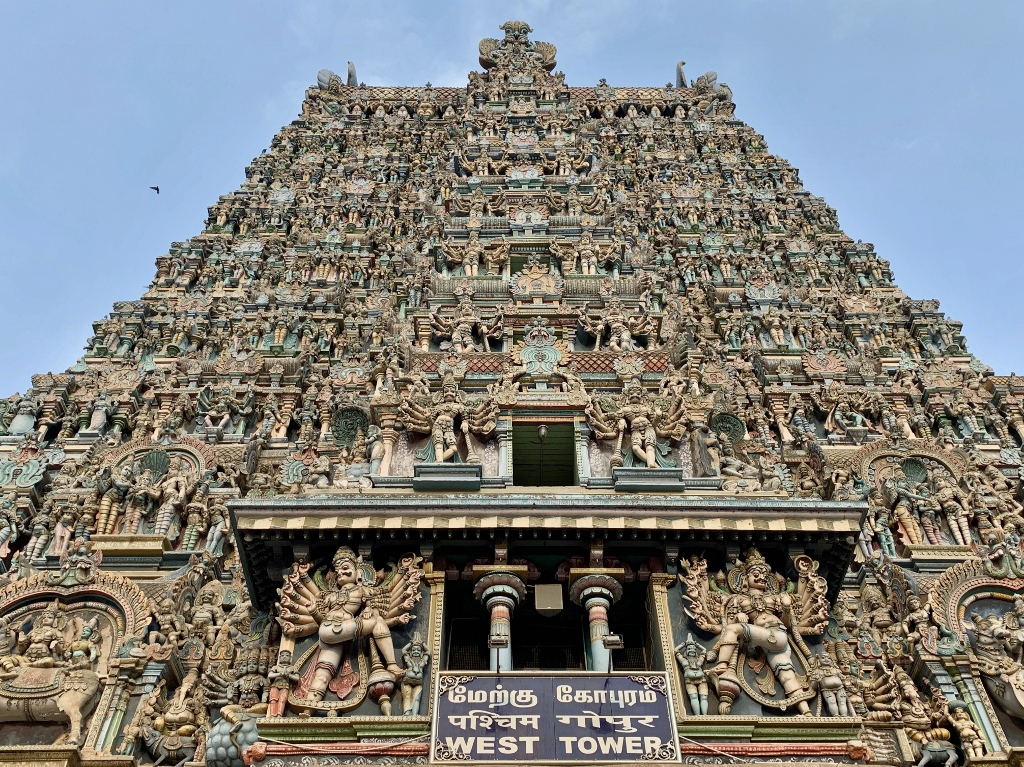 Where to Go in South India

Where to Go in South India
Interested in planning your own customized adventure? Global Adventuress can help! Email us today!