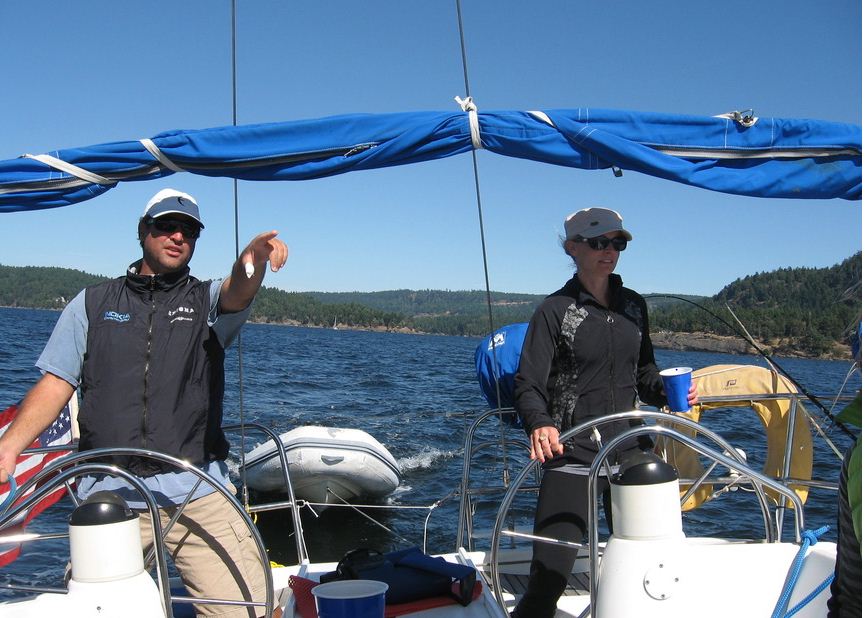 The adventures of Erick, Rachel, and Puccini on the high seas of the San Juan and Gulf Islands – check out their sailing log all the way up to the Sutil Channel in Canada!

here are some snippets and photos from their link:

“So we tried fishing for salmon again, but no luck. Then we decided to hang out on Shark Spit for a while. Right after we dropped the hook, a sea plane landed and two guys paddled it over to a motor yacht. We tried crabbing a bit, but came up empty there too. We could have easily filled a bucket full of clams, but decided to take a break from shell fish for the night.”

“We got a late start out of the Gorge and then made a quick stop on Manson’s Landing.  We then had a great sail from Manson’s Landing to Lund on 10-15 kts of breeze with occasional  gusts in the upper teens.  Tonight we are tied up to the breakwater in Lund getting pounded by waves on our beam. It is going to be a bouncy night.”

“The sun was starting to break through a cloudy afternoon. Sailing vessel Dancing Diva was cutting through a light chop in eleven fathoms of sea. A light breeze wafted over the bow.  The line spun from my rod as a green and white spoon searched through the chilled waters and came to a shuttering halt. I felt a tapping on the other end and the anticipation rose exponentially. It was on. The fight had begun.  There was splashing and jumping and excitement. As he approached the boat, he tried diving deep taking line with him.  Ultimately I drew him near and we could see his enormous size. Rachel leapt from the helm wielding her net. She thrust the net below the water’s surface and snared the beast. The crew sang a work song and hoisted the catch on board. The fight was over and to the victor go the spoils.” 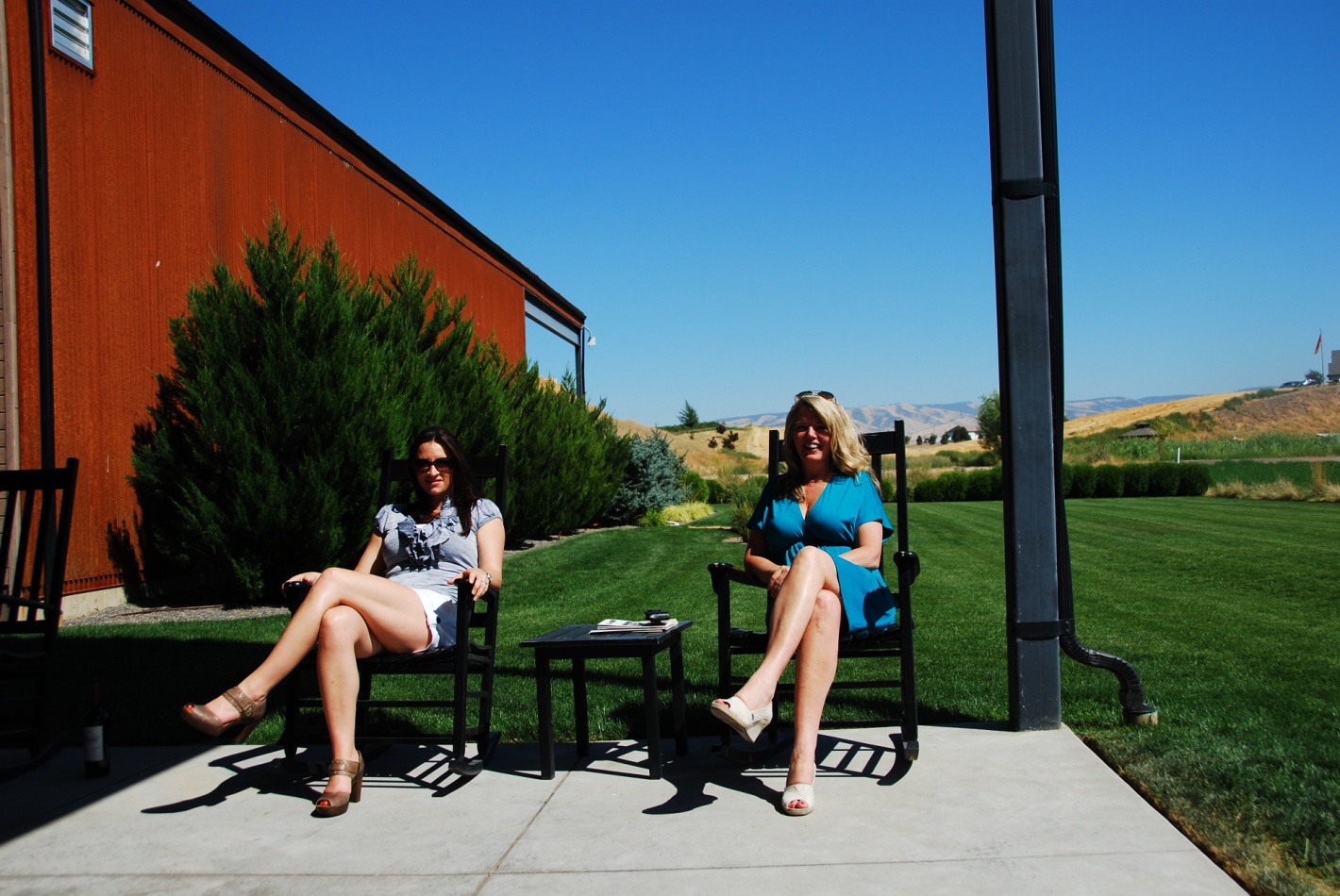 Make Way for a Walla Walla Weekend!
Interested in planning your own customized adventure? Global Adventuress can help! Email us today!